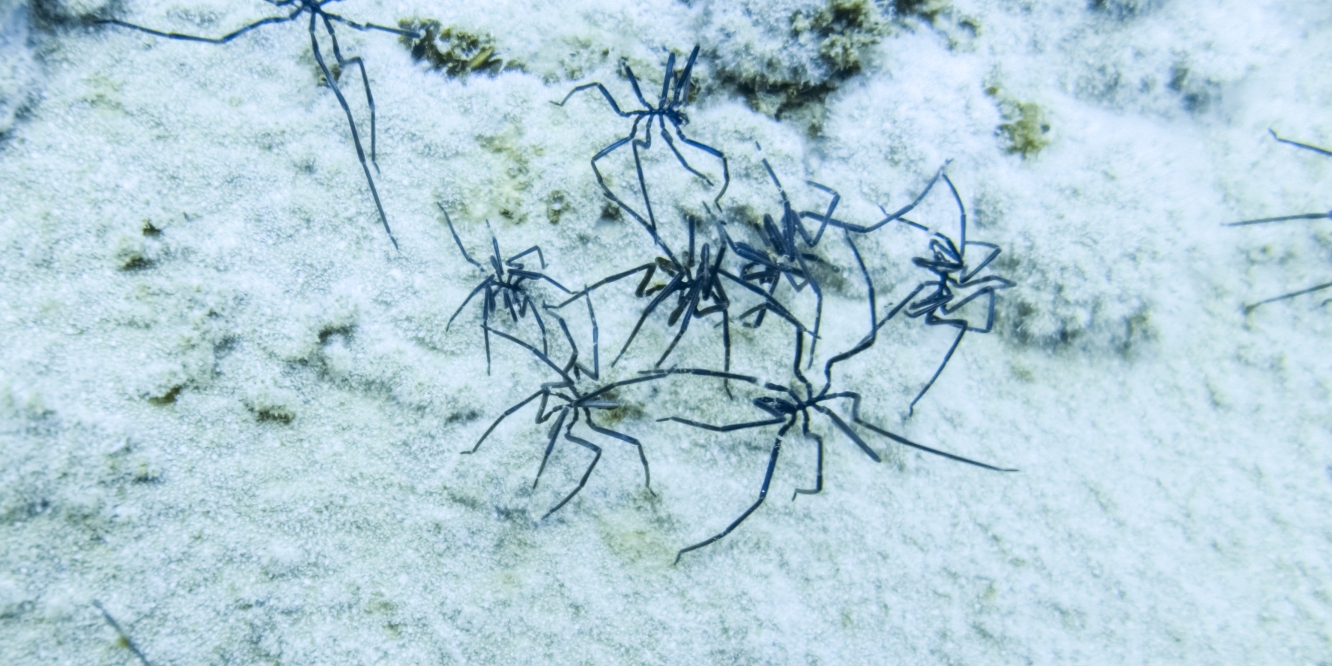 Beneath the turquoise sea, you ply through the murky depths. As you exhale, you watch the bubbles spew out of your regulator and shimmy up towards the surface. Then, you look down. The wreck of a decaying tugboat sprawls across the seabed.

A small fish darts in front of your mask, and it swims to the wreck. You follow it down and place your hand on the wreck, taking in the once glorious vessel. When you remove your hand, you casually glance at your glove and notice it’s covered in several small, eight-legged creatures. Spiders.

Terrified, you jerk your hand back and shake it. But the spiders cling tightly to your hand. Why are there spiders 60 feet (18 meters) underwater?!?!

As unlikely as this scenario may seem, spiders do live under the sea. Yet, these spiders are not arachnids; they are pycnogonids. Pycnogonids, commonly known as sea spiders, are not spiders, but they are related to them. They share the subphylum Chelicerata with arachnids and horseshoe crabs, making them more closely related to spiders than to crustaceans and other marine arthropods.

Pycnogonids are a rather ancient class and have existed for over 485 million years. They’ve been around so long because they’re highly adaptable and inhabit all of the world’s oceans, from the frigid Arctic and Antarctic oceans to the tepid Caribbean Sea. They are generally found in shallower waters, but some species can be found as deep as 23,000 feet (7000 meters).

They also tend to be carnivorous, feeding on cnidarians, sponges, polychaetes, and bryozoans. To feed, they use their long proboscis to suck nutrients out of unsuspecting prey.

But pycnogonids aren’t the only spiders in the ocean. There are other spiders lurking in the depths, such as spider crabs. Of course, spider crabs aren’t spiders at all, and they aren’t even remotely related to them. Nevertheless, with their bumpy brown carapaces and eight long legs, they do look a bit spider-like. Just look at the photo below, and see for yourself.