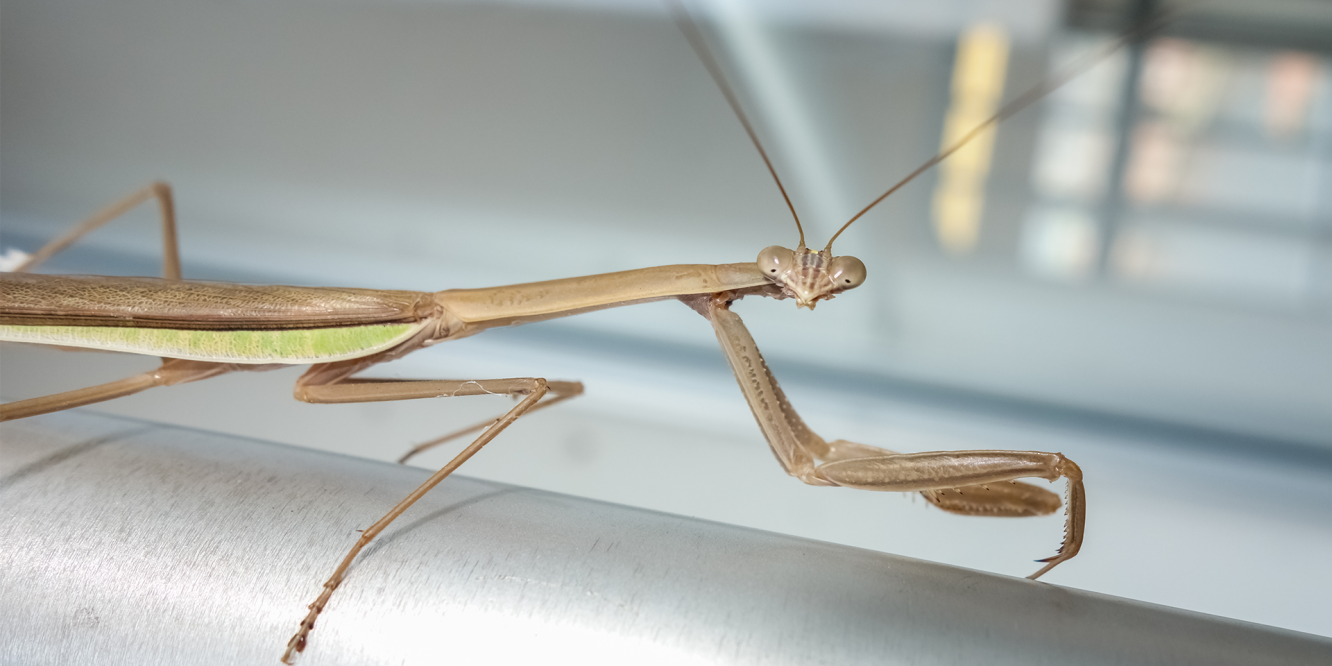 Praying mantises are predatory insects that have long forelegs capable of gripping prey. Most mantis species are ambush predators, and they rely on stealth and camouflage to surprise their prey.

They have two bulbous compound eyes and see the world in stereo vision. Because they hunt primarily with sight, they usually hunt during the day. At night, some species will take flight because they’re safe from birds.

Despite being predatory, some mantis species benefit from eating their greens. When Chinese mantises eat pollen, they grow faster, live longer, and produce more young.

Anyways, I’ve gotta hop out of this grass before someone mows the lawn, so stay tuned for another episode of One Minute Nature Show!